At 00:26hrs the automatic fire alarm was dispatched to the apartments in the 1000 block of Farrah Ln. While Truck 21 was beginning their response the incident was upgraded to a box with multiple calls for visible fire. Upon arrival Truck 21 advised of fire evident from the eaves of a 3-story OMD and spotted for the aerial on the A/B corner and initiated fire attack. With command assumed by Battalion 21 upon his arrival Engine 22 and Engine 24 were assigned to assist with opening up and stretching an additional attack line as a RIT was formed and Tower 31 set up on the A/D corner. Despite opening the attic space and getting water on the fire the advanced fire conditions had a significant hold over multiple units necessitating withdrawing personnel and placing Truck 21’s ladder pipe and Tower 31 into service. Following knockdown of the bulk of the fire companies reentered the structure for hotspots. Companies operating on the fire ground included Battalion 21, Truck 21, Engine 22, Engine 24, Battalion 31 (Safety), Tower 31, Ladder 32, Battalion 1 (A Division), Engine 3, Ladder 2, Battalion 41, Engine 42, Cascade 71, FBCEMS and Engine 11 for the back-in. During the course of the incident no civilian injuries were reported with 1-minor fire fighter injury. The cause of the fire is under investigation by the Fort Bend County Fire Marshal’s Office (FBCFMO). 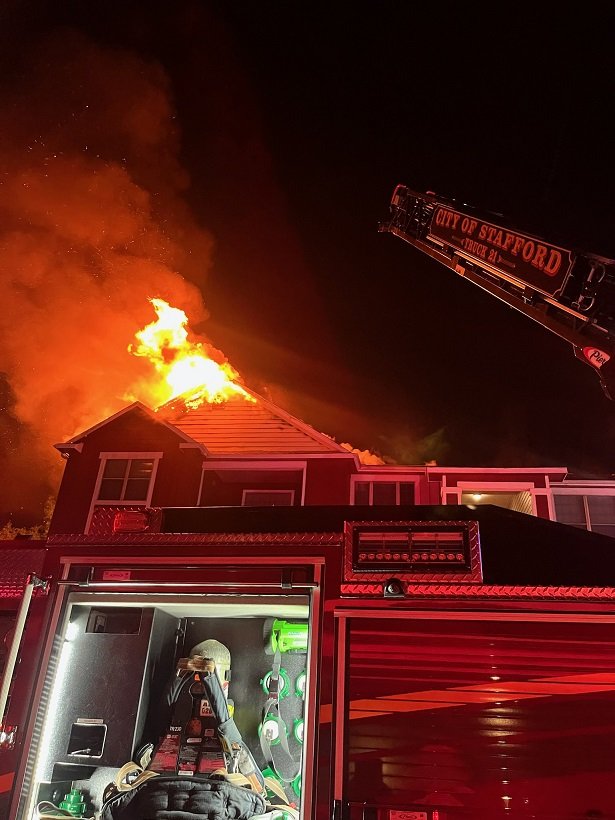