At 16:19hrs Engine 22 was sent to the reported MVA at the intersection of W. Airport Blvd and Jebbia Ln. Arriving shortly thereafter a 2-car MVA was reported with one overturned and the driver trapped. With Engine 73 already on scene packaging the first patient, Engine 22 stabilized the vehicle and began extrication along with Truck 21, Ladder 68 and Rescue 10 of the female driver of the overturned vehicle. 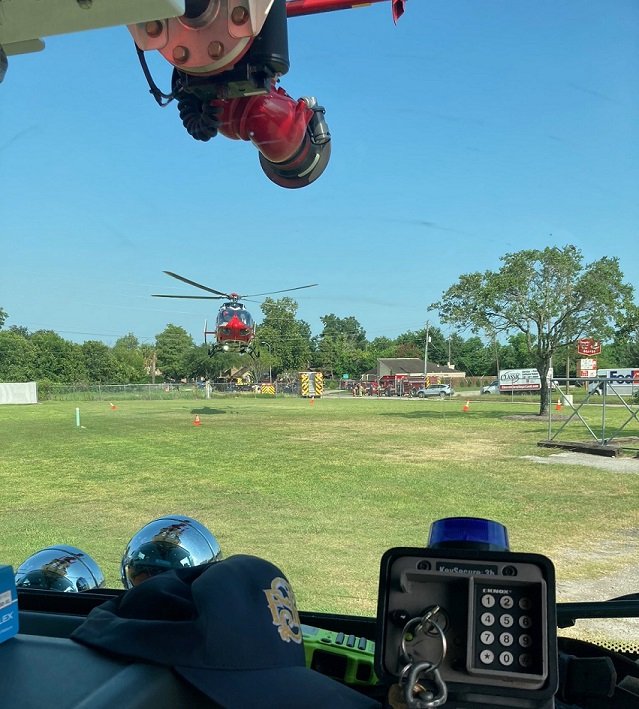 After roof removal was completed, and the patient removed, Truck 21 relocated to the LZ adjacent to the scene. Upon completion of patient transfer Memorial Herman Life Flight 5 departed for the Trauma Center in the Texas Medical Center.